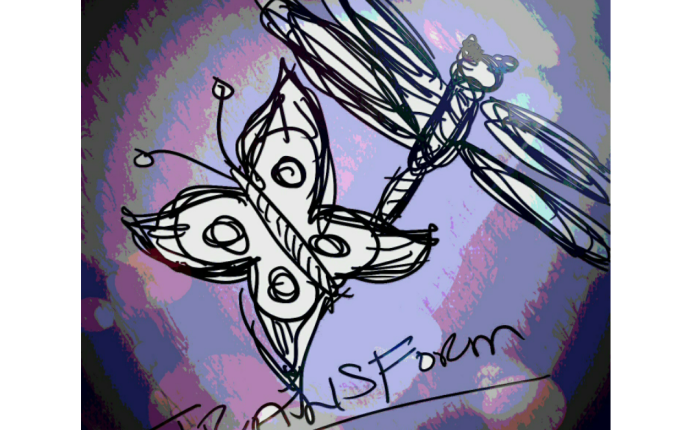 WARNING: This is going to be a lengthy post and I’m making it longer by telling you this. I’m not one for long blog posts but I see no way around it for this one. I’ll try to keep it interesting.

For the past year my husband and I have been on a ketogenic diet. I don’t like calling it a “diet” because it’s more of a way of life now. We changed what we eat and don’t plan on going back to the regular “healthy” way of eating, you know, what that food pyramid says you should eat? Pffft.

I had some health issues that caused weight gain and when diet and exercise were no longer doing what they should have done, I prayed and searched until I found something that worked. This past year I have lost 40 pounds. This works. Keto works. I won’t go into all the details about this journey in this post but you can read all about it here in my post, The Healing Powers of Bacon.

I share this to tell you about what has been going on the past few months. Losing weight means new clothes. Honestly, I still had a closet full of clothes that I had kept because I never gave up on the fact that I could lose weight, regardless of what the doctors said. I was a normal weight before and I could be again, that was my mind-set. Besides, all things are possible with God. I even bought a few pieces of clothing over the last few years that were too small because I refused to believe I would stay where I was at in life.

I’ll just be honest here. I HATE shopping. I am a woman and I HATE shopping. I can’t stand to look and look and go back and forth between the dressing room and the racks and back to the dressing rooms a million times to find a couple of things I’m satisfied with. I have NEVER liked shopping, ask my mom…it was the cause of many arguments between her and I. During the years I was dealing with the health and weight issues, I REALLY hated shopping.

I know this makes me sound like a horrible person, but I’m all for uniforms, in every aspect of life. It would bring me such peace and joy to open my closet and see nothing but the same uniform for each day of the week. I wouldn’t have to spend brain energy on deciding what to wear. I wouldn’t have to give a PFFFFFT about how I looked because we would all look the same. That is beautiful to me. No exerted energy on something I care nothing about. No wasted time in the dressing rooms. No gas spent driving to store after store to make sure I had shoes that complimented my outfit and accessories that popped! It stresses me out just to write about it. Blech. Kudos to you ladies and gents who love it and look fabulous all the time.

Here is something I hate about shopping, especially during the transition period while losing weight and having no idea what size you are going to need. This has happened to me more times than I will admit…

Grab an armful of clothes, head into the dressing room. Look around to make sure you see nothing suspicious like a hidden camera or something or somebody peeking over the top of the partition. Try the first shirt on, yuck. Try the second one on, yuck. Try the third one on and it’s a little snug on the arms. You pull it down further anyways thinking the rest will fit fine.

All of a sudden, there you are, in the dressing room, stuck like Houdini with amnesia…no way out.

That moment of panic as you struggle, holding back a scream for help and praying you don’t tear a giant hole in the armpit of the hell you are in. This is the moment where turning in circles seems to be the only option as if the minute amount of wind you will kick up in your pivot will miraculously free you.

A full 360 and you find yourself in the same position as you were before. Stuck. Helpless.

I’m laughing as I write this thinking back to my teenage years when my best friend and I were shopping (ha, I know) at the drugstore for some makeup. She had one of those handbaskets and tried putting it on like a backpack laughing and saying, “Look Misty, I’m a turtle! I’m a turtle!”

Then that moment of panic set in when she realized she was stuck as she had it halfway off, one arm jutting awkwardly above her head, the other somehow crossed in front of her. Talk about going to hell in a handbasket.

I laughed so hard I hit the floor with my knees. A middle-aged woman a few feet away began chuckling and couldn’t stop. She was trying to but she couldn’t. I can only imagine what she thought of the two sixteen-year-olds laughing hysterically in the middle of the store, one in tears from the laughter the other about to cry out of panic.

That is where I have been the past few weeks.

Not just in a shirt but with EVERYTHING.

I’ve been in this weird transition where nothing is familiar, nothing fits right, nothing looks good and I just want to spin in a circle so fast that the remnants bust at the seams and fly off.

Here I sit. A full 287-page manuscript staring me in the face screaming, “Edit me already, would ya!?” It is my nemesis during this time. I have a resume to die for but showing nothing that I actually want to pursue. A resume that most people don’t achieve until they are ready to retire and I haven’t even hit 40 yet.

A resume shows what one has accomplished, it does not show hopes and dreams and goals. You know, those things that people think you are crazy for even believing you can do until you actually do it and then they say “Congratulations”…yeah, those things. When I reach the stage of my life where I employ people, I am not going to only request a resume but their first interview, will solely be them sitting in a plain room with a piece of paper and pencil with a question at the top that says, “What are your dreams, hopes and goals?”

This morning, as I struggled in my awkward position in current life, I came across a video a friend posted on social media of a Monarch caterpillar transitioning into the pupa stage. As I stood there, turtle-like, watching this caterpillar turn into a pupa, a soft shell-like covering where it was going to hang out for a while, I heard the Holy Spirit whisper, “You were a dragonfly. Now you are becoming a butterfly.”

And the tears started.

The peace washed over me.

The calm overtook me.

The joy bubbled up.

I watched this video of the caterpillar wiggle and thrash to get it’s “shirt” off that was too tight. Eventually it did. Once it was shed, it became still again (on the outside), peace settled over it as it waited to become the butterfly where once again it would wiggle and thrash, shedding another layer before opening its wings and taking flight.

The first stage of a butterfly is an egg. It is small and inside this egg is where a tiny caterpillar grows. They are typically found on the leaves of plants. Most importantly, the mother butterfly that laid the egg, laid it on a plant that it knows it will eat. Each type of caterpillar only eats certain plants so the mother butterfly must know which plant to lay the eggs on.

Once the egg hatches, the caterpillar spends its days eating. That’s all it will do is eat. The plant where the egg was laid, becomes its food. It feeds on this source that protected it from the beginning. The caterpillar grows so fast during this phase that it will molt its skin several times because the skin doesn’t grow but their insides do and need room to keep growing. It wiggles and struggles and removing its exoskeleton each time. It has to reach a certain length and weight during this phase.

Once it has fed enough and stored up energy as a caterpillar, reaching its ideal length and weight, it changes into a pupa. This is where it sheds its exoskeleton once last time and becomes this pod looking thing hanging from a plant/branch. During this time, it appears as if nothing is changing. It looks like it’s just hanging out there. This is where it most vulnerable because it has no defense mechanism in this stage. While to the outside world it looks as if nothing is happening, EVERYTHING is happening on the inside. EVERYTHING is changing on the inside. Once all the changes have taken place, it begins to break out of the chrysalis (the casing it was hanging out in).

Once the butterfly breaks free from the chrysalis it rests for a bit. Their wings are close to their body, they don’t immediately fly…they adjust to their new form and surroundings. Eventually, their bodies begin pumping blood into their wings, strengthening them, getting ready for flight. Once they take off, they are experts at flying and their only mission is to product “fruit” (reproduce) and lay eggs on another plant so the cycle can begin all over again and new butterflies will emerge.

I know what God whispered to me this morning. I know His voice. I understand. I’ve understood all along but I’ve had my moments of panic and thrashing and trying to bust my way out of the things that He is having me shed. His grace and mercy are plentiful  and He’s good.

I’ve spent much of my time in prayer and in the Word, feeding on everything I can. Last night, I said to my husband, “I have been so hungry today, like I just can’t get enough food!”

It manifested in the physical. Today I woke up with peace. Today I transitioned into the pupa stage, the chrysalis. Everything I’ve munched on the past few weeks is changing all that is on the inside.

I find it interesting that butterflies go through a COMPLETE metamorphosis whereas dragonflies, another one of my favorite beings, undergo an INcomplete metamorphosis. They don’t have a pupal stage. They don’t have the stage where everything on the inside changes and is made new, different, preparing them for flight.

A dragonfly serves its purpose as does a butterfly but the butterfly completely changes from the inside out. There is an extra phase it goes through to perfect it. Let the process happen. Enjoy the journey and trust God knows what He is doing. He’s the mother butterfly, the plant, the source, the food, the blood that will pump through your wings, the leaf from which you will take flight.

And be not conformed to this world: but be ye transformed by the renewing of your mind, that ye may prove what is that good, and acceptable, and perfect, will of God.