On my walk yesterday I was listening to a message from Gary Keesee and in that message they briefly talked about fear.

As I was listening, the Holy Spirit dropped this into my spirit and I’ve been meditating on it ever since.

“Fear is the enemy’s form of faith.”

When I heard this, I asked for further explanation and of course it was given.

It’s often said that fear is the opposite of faith, which is true. But to better understand this and fight off fear, we have to understand fear is the enemy’s form of faith.

The enemy has a way of taking Godly things and twisting or perverting them just enough to capture a person who may not have their guard up, or in Biblical terms, have their armor of God on (Ephesians 6:10-18).

Fear is having faith that the “bad” thing will happen. This is the enemy’s form of faith.

Godly faith is KNOWING the Word and that all things work together for our good (for those who love the Lord -Romans 8:28).

The Word informs us “bad” things will happen to all of us but for those of us who love Him, He will turn that situation into something good. This is what we should always focus our faith on. Not in worry, not in the negative “what ifs”.

What if we started what if-ing positive outcomes? What if I am healed? What if that debt is paid off? What if that relationship is reconciled? Those kind of what if’s will lead us into Godly faith and KNOWING His promises.

I am a day late in this blog post but not really. I knew there was a piece God was going to reveal to me and it wasn’t revealed until this morning during my prayer time.

Yesterday while I was praying, I asked God a question. I asked Him why it always seemed to be when we are a crying mess, slumped over on the floor, before He picks us up.

I immediately had a vision of a marionette doll. 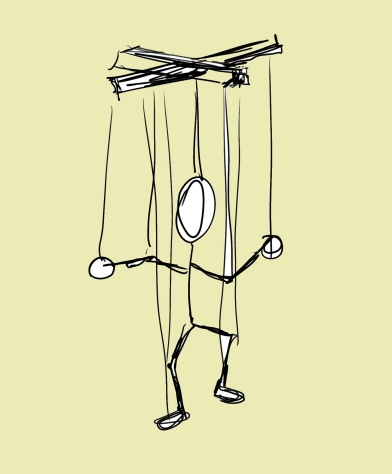 You know, think of Pinocchio before he became a real boy…held up by strings and only able to move when the puppeteer chose to move him.

I asked God what He meant by showing me this.

During my prayer time I have Pandora playing on the TV in the living room with worship music. When I asked God what He was trying to convey with the marionette, Break Every Chain by Jesus Culture was playing.

I heard the lyrics:

There is power in the name of Jesus

To break every chain

I began to see Jesus cutting the cords, one by one, on the marionette doll.

As one cord was cut, it was obvious the remaining attached cords took on more stress and had more weight to carry.

Eventually all the cords were cut except one, the one holding the head up. The body of the marionette hanging limp. 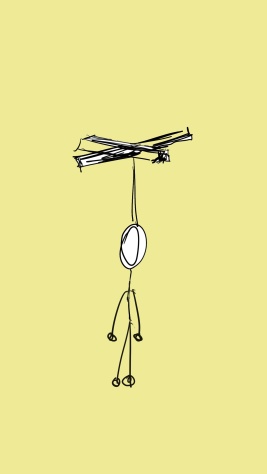 All of the weight of the body of the doll was being held by one cord which eventually broke and the doll fell to the floor in a heap.

Then I watched the hands of God scoop up the doll, no cords attached

This is why we end up a crying mess, slumped over on the floor, before He picks us up. He’s breaking the chains.

He can’t pick us up until those chains are broken. Those chains control us and He has called us to live in freedom.

For all have sinned, and come short of the glory of God; Being justified freely by his grace through the redemption that is in Christ Jesus: Whom God hath set forth to be a propitiation through faith in his blood, to declare his righteousness for the remission of sins that are past, through the forbearance of God;

We collapse under the freedom we gain when we are made righteousness in Christ.

Those things that held us in bondage and controlled us no longer have a stronghold over us. We are let loose.

Today during my prayer, he brought me to a place in the Word that confirmed my vision yesterday.

For the ways of man are before the eyes of the Lord, and he pondereth all his goings. His own iniquities shall take the wicked himself, and he shall be holden with the cords of his sins.

Only Jesus can cut those cords, break the chains. He is living water. He is a life-giver. We are made righteousness through his obedience to the cross.

We feel defeated when we find ourselves in a crying heap in the floor but now you know and have knowledge that it is in this place that God can pick us up and we are free from bondage.

If you would like to purchase one of the three currently available Bible study workbooks, please click the image below.

A sample page of how the study is formatted is also below. I hope you are as blessed by these as I was creating them. 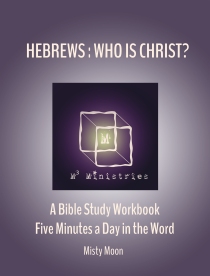 SAMPLE PAGE.  ALL OF THE WORKBOOKS FOLLOW THIS FORMAT.

If you do order a workbook, or have already, I would love to hear feedback. These are meant to simply get the reader into the word which is why there is no commentary, simply questions to help the user examine what he or she is reading and room to write your responses and thoughts. That was the goal God put on my heart when he gave me the task of creating these workbooks and making them available.